The 1960s was a decade full of great NBA players, such as Wilt Chamberlain, Bill Russell, Oscar Robertson; a decade of records, Wilt Chamberlain scored 100 points in a game in 1961-62 season; a decade of the greatest dynasty basketball has ever seen, Boston Celtics won 9 out of 10, 7 of them in a row; but the 1960s was also a decade of great social changes within the American society that made possible the emergence of all the great African-American superstars. It was the 1950s, where the colour-barrier was broken and a decade later most of the NBA’s best were African-Americans. If I had to pick a decade from those that I hadn’t the chance to watch, 1950s, 1960s, 1970s and 1980s, I think I would pick the 1960s for the reasons stated above and for probably the greatest season of NBA basketball ever that of 1961-62. In 1961-62 Wilt Chamberlain was averaging 50.4ppg., the highest ever; Oscar Robertson averaged a triple-double for the whole season with 30.8ppg, 12.5rpg, and 11.4apg.; Celtics won their fourth consecutive title; their third during the 60s; and Walt Bellamy averaged 31.6ppg. and 19.0rpg. as a rookie. I could add to that players such as Elgin Baylor and Bob Pettit that averaged more than 30ppg. and almost 20rpg.

Ranking the top ten players og the 1960s was not an easy task; how do you rank Wilt Chamberlain, Bill Russell, Oscar Robertson, Elgin Baylor and Jerry West (the NBA’s logo figure)? I figured that the best way to do it was in the order I’ve just mentioned them. Many would say that Russell was better than Chamberlain, which is one of the biggest debates of all-time in the NBA. But after a lot of thought and careful consideration of the various parameters I decided that even though Russell is considered as the greatest winner ever, which I am not going to contest, Chamberlain was the first superstar/celebrity basketball has ever had and this was for a very good reason too; he was a phenom, a giant that could not be stopped even by another giant such Russell himself. Chamberlain was an unstoppable force that could score at will, he was the most dominant player of the NBA during the 1960s and I could say that the way he dominated the 60s, on an individual level, has been unparalleled. Chamberlain, in my view, could have been the undisputed number one player of the 60s if he had won more than one championships, which of course is not something that can be achieved by one player alone. The statistical tables do not include blocks and steals because there is no record of them for the 60s. 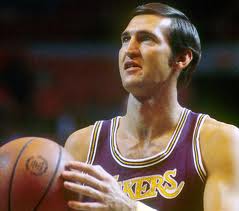 One response to “Top Ten NBA Players of the 60s”